Believe it or not, car dealers love clueless customers. I am sure about this because I was once a clueless customer and almost got tricked by the dealership to spend extra money on a car. By that time, I did not realize that they were trying to get me into spending more money but instead, I thought the car salesman was helping me out.

Right after my eighteenth birthday, my dad took me to the local car dealership to shop for a car. Since I am aware of my family’s financial limitations, I did not have any problems with buying a used car. As long as I have a car for college, it is enough. I still remember that day when my dad and I arrived at the dealership, it was almost dark, and the dealership was not very busy. Out of nowhere, a man rushed out greeting us. He was way too excited and seemed to be very professional. I remember seeing him heading out of the dealership when we were entering the parking lot, but then I saw him turn his car around right after he saw us. I honestly thought he was some crazy customer who got kicked out of the dealership. However, he was actually a salesman working in this place.

Since the salesman was too friendly and talkative, we got hooked on answering his questions. The first question he asked us was what kind of car we were looking for. I told him a compact car either used or new is just fine as long as its price is reasonable. He took some time to show us around, and while we were checking out the cars one by one, he asked how much my dad and I planned to pay for the car each month. I thought it was a weird question somehow. After we were done looking at the cars, he showed us to his office to talk more about financing the car I wanted. Since my dad unknowingly told the salesman he could afford a monthly payment of at least $400 each month, the salesman recommended that I should buy a midsize sedan instead of the compact sedan I had my eyes on earlier. The car I wanted cost less than $20,000 dollars while the car recommended cost over $26,000 dollars. The car salesman kindly explained that the extra $6000 is not a lot since I get a bigger car that has a bigger trunk, fancier interiors, alloy wheels, and more room. After my dad and I carefully listened to everything the salesman said, we figured out that it was a 72-month loan.

The reason my dad wanted to pay more money each month for the car was so we could get a shorter loan term. The trick here is the car salesman tried to lure us into buying a more expensive car and a longer loan term. A longer loan simply means more interest we have to pay. As a result, we denied his offer and chose another dealership.

If you are about to buy your first car, try not to be too honest about your financial capability with the salesmen until you finally decide what car is right for you. Do some research before heading to the dealership, and try to listen to everything they say very carefully. A lot of car dealerships out there may not be entirely honest with you.

Welcome to my blog. Let's start saving! View all posts by Khoa Trinh 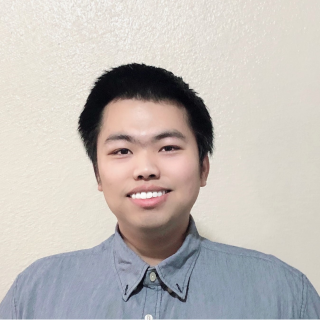